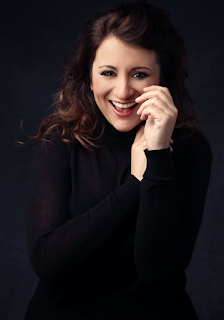 Atlanta-based composer Jessica De Maria is currently premiering her original musical (written with another Atlanta-based artist, Chase Peacock) The Pretty Pants Bandit in Roswell (north of Atlanta), at the Cultural Arts Center as you are reading this bio. As a bit of interesting information, Mr. Montague actually knows this particular composer!  This will be the last Composer of the Week for the 2021-2020 school year. Since we are in the midst of ERBs all students have until April 20 (G Day) to listen and read. She is a graduate of Oglethorpe University  (also here in Atlanta) and has written several musicals and songs (as a freelance composer). Here are two songs from  The Pretty Pants Bandit (written with collaborator Chase Peacock): Make It Beautiful   Big Boy Dreams Another musical: Viv's Lullaby from Vivian
3 comments
Read more

When he was still a child Thelonious Monk taught himself how to play the piano! He began working as a musician when he was a teenager and had a full-time job playing piano and writing music before he was 25 years old. His music defined the style known as be-bop and inspired many other musicians to copy him. Born in North Carolina, his family moved to New York City, when he was six years old, into a neighborhood full of musicians (see if you can find Thelonius in the picture above). Thelonious also was given a Pulitzer Prize for his music! Here are just a few of his many hits: In Walked Bud 'Round Midnight Straight, No Chaser And If you really like Thelonius an entire concert!
3 comments
Read more

American composer Jennifer Higdon has a Pulitzer Prize and a Grammy award! She is also a self-taught musician and did not study music with a teacher until she was in college. Ms. Higdon was born in New York City but lived in Atlanta for 10 years during her youth. Higdon has composed several pieces of music for The Atlanta Symphony Orchestra. Currently, she teaches music at The Curtis Institute in Philadelphia, where she wrote "Blue Cathedral" one of her most popular compositions. She recently picked up her third Grammy award for "Harp Concerto"! Blue Cathedral (link has been fixed) Percussion Concerto (this is a short excerpt, for the entire work click here ) - Grammy Award Winner! Violin Concerto (Pulitzer Prize Winner) Harp Concerto - part three "Joy Ride" (Grammy 2020)
3 comments
Read more

He is the most famous composer you've never heard of -- Scott Joplin was born near the end of 1867( the actual date is unknown) in Northern Texas. His parents were formerly enslaved and gave Scott some of his earliest music lessons. Scott taught himself to play the piano while his mother cleaned the houses of wealthy people who owned pianos (the Joplins did not have a piano at home). Later in his life, he began to write music and became known as "The King Of Ragtime" because of the style of music he created. An opera, music for ballet, and more than 44 ragtime dances for the piano are just a part of the music Joplin wrote in his life. Here are some of his most well-known compositions: The Entertainer Maple Leaf Rag The Strenuous Life Easy Winners Treemonisha- Scott Joplin's Opera!  In English!
4 comments
Read more

Best known for her choral compositions (music written for choirs), Undine Smith Moore began piano lessons at age 7, graduated from Fisk  University (Mrs. Spiller’s Alma Mater) in 1927, and began teaching music in public schools. Later in life, she became a college professor teaching music. She is recognized as one of the most influential composers of American choral music. Listen to the following examples: We Shall Walk In Peace Afro-American Suite Daniel, Daniel, Servant Of The Lord
3 comments
Read more

As a child, Edward Ellington was such a snazzy dresser that his friends started calling him "Duke," and that is how the rest of the world knows him today. He was born in Washington, D.C., in 1899 and was more interested in baseball than music!  Even so, Duke studied piano as a child, and by the age of 14, he was writing his own music --  at 18 he put together his first jazz band. His music is still popular today, and his orchestra continues to perform around the world. Even though his music is popularly labeled as "jazz," Duke called it "American Music."  Another interesting fact:  Duke is the first and only composer to appear on American money-the Washington D.C. quarter! Here are some of his most well-known works: Take The "A" Train Caravan (one of the best versions out there- quality isn't great) Satin Doll Sacred Music ( a large scale jazz cantata) more than an hour-long just listen to the f
9 comments
Read more

Joan Tower is one of the most well-known American composers either living or dead and is also one of the most successful female composers ever. In addition to writing music, she is an accomplished pianist. Joan was born in 1938 in New York; when she was a child her family moved to South America. She returned to the states many years later to go to college and continue her music career. Listen to the following examples: For The Uncommon Woman Silver Ladders(Grawemeyer Award For Music Winner) Sequoia Petroushskates Copperwave Piano Concerto  - you will love this!
8 comments
Read more
More posts